let's take a break from the 'greatest show on earth' and listen to some music! 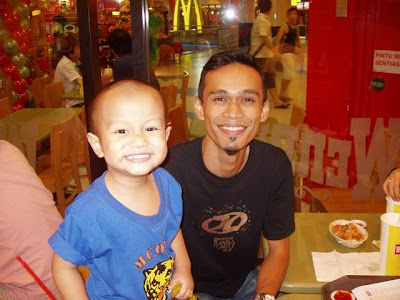 yeap that's a very young khaleef, with lah of the singing group VE!

lah is like, one of the best male singers for the soul R&B genre in msia, (next to anuar zain, of course!) watch him sing LIVE and you can see the kind of passion he puts into singing, not just in his voice but in his moves and gestures as well.

THAT is what singing is all about - the move! expressions! passion! soul!

this is a youtube video clip was suggested by my sis syida. one of his latest singles as a solo singer, titled 'adinda'. didn't quite have the bangin first impression, but after a few listens it kinda grew on me. his voice is still mesmerizing. sigh.

* * *
we met him around two years ago, at ioi mall, puchong. he was with his wife puteri yasrina munching at wendy's. you know how excited i get when i see my favorite celebrity. hihi.

mr. khairul was very obliging, and just humored his wife by taking picture of us with lah. i was like, "lah ye? eh, i minat sgt your voice. amik photo with my boy ye?" after he's done, "ha...mak dia pulak ye." hahaha.. 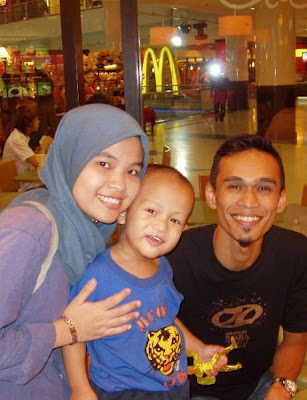 and like anuar zain, lah was smiling the whole time we were 'bugging' him. such a nice guy. and his wife too, so sweet and smiling. lovely! excited sangat tak ambik pun gamba dengan wife dia hoho!