and with the current football craze during this FIFA world cup, i think it's the right time to korek the old e-albums and look for khaleef's footie pictures. 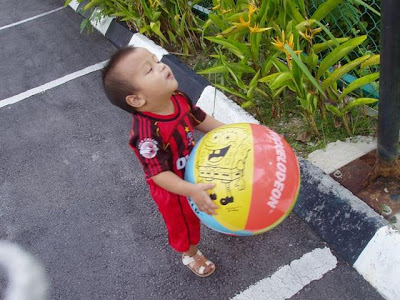 we were renting this apartment which has a huge open-space parking lot. really huge, really empty. both of us were working then, but only mr. khairul worked on saturdays, so while waiting for him to come home, i would take khaleef down here to play football. 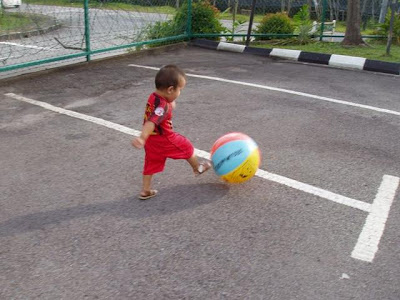 yah he used a beach ball because it's light, and of course - big! so whichever way he kicked, his tiny feet would surely land on the ball! hihi. 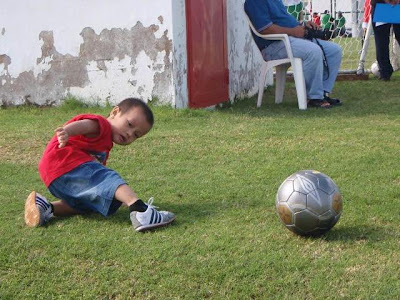 love these shots! ade gaya tak my putera sulung ni? the adidas footie sneakers were sponsored by his mak long (my sis syimee), while the ball was simply taken from any that was lying around. really!

if you notice the balls in the picture above and below are different! we haven't bought him a proper ball, so he just took any unused ball at a football event that we went to. nasib baik abang-abang kat situ kasi dia main bola diorang! 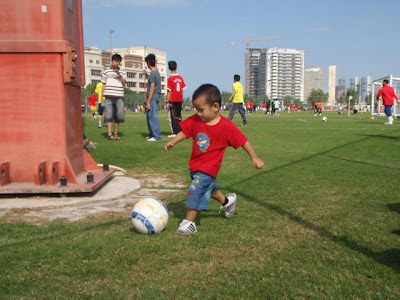 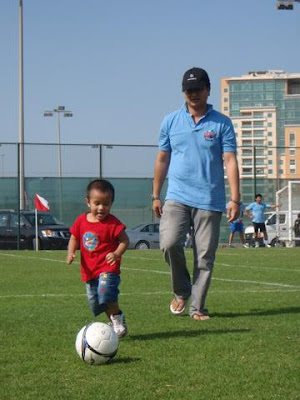 to excel in any sports, you gotta have the right role model, a good coach and a caring motivator. khaleef found all three in his bapak. go, coach khairul! 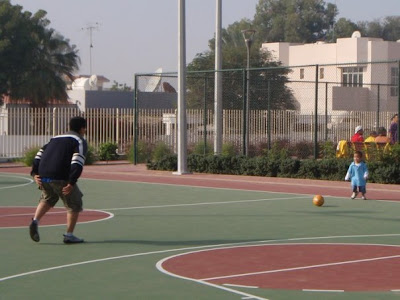 this was taken while we're hangin out in mirdiff park, dubai. the coach and his young podrigy (ewah!) having a fun football time during winter. 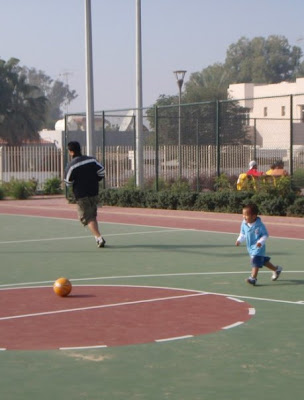 when there's no green field available, any large clearing would do. this is a makan angin area within the vicinity of our apartment. it overlooks the man-made marina where occasionally you'd see boats and yatch pass by. 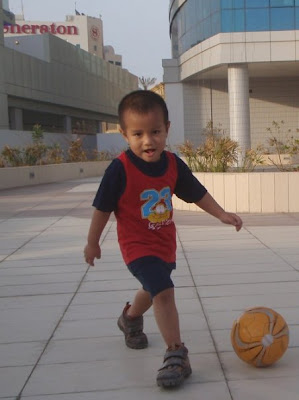 during winter i would take the boys down for a bit of fresh air and what else - fun football time. it's summer in dubai now - so it would be torturous to take kiddos out to play 'in the sun' or they'd be baked! 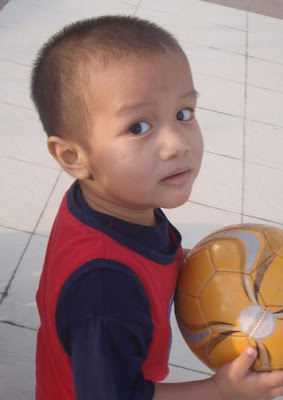 * * *
the beach is another fantastic venue for football. then again, it'd be called beach ball, eh? hihi. 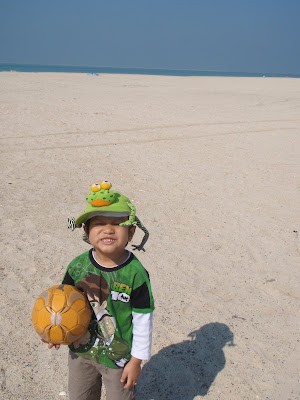 again, best done during winter - where the sun is out but the breeze is just oh, so cooling! 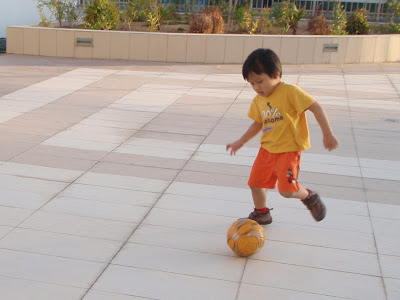 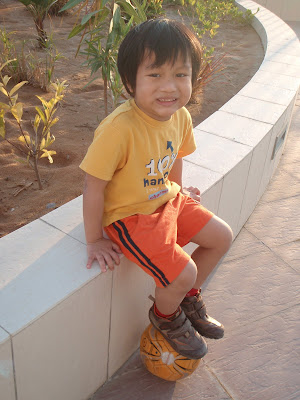 his 'coach' was more into swimming, cross-country and taekwando when he was a youngster. and when he's older he took up golf, aikido, and shooting range. khaleef here started off with football. i hope in time he'll find his real 'footing' and go for what he likes best.

he really got the style n talent. good luck khaleef!