so far i've shared with you THREE of my precious collections; my tissues (the one you use to wipe, not the one in your body) my postcards and my theater tickets and booklets. 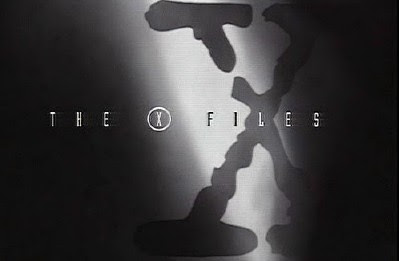 the x-files is one of my all-time fav tv show. the other two are f.r.i.e.n.d.s and whose line is it anyway. i am an absolute freak when it comes to the x-files. you know the feeling when a new design on watches or handbag is out on sale and you just HAVE to have it - that is how i feel when i spot a new x-files episode guide book or an x-files merchandise on the new arrival shelf. 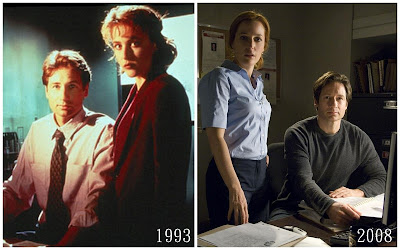 agents mulder and scully; then and now
to the clueless (man, where have you been? witness protection?) the x-files is a real cool show about an FBI agent's quest to find his sister, he believed to have been abducted by aliens. his name is (wait for it) Fox Mulder (scream now!). in the course of this pursuit, he came across tons of unsolved cases of supernatural and out-of-this-world nature - cases filed under 'X'. in the pilot episode he was assigned a partner, Dana Scully (que scream!) who was supposed to 'debunk' his x-files work.

in short, he's the 'believer' and she is the 'sceptic'.

the episodes of the x-files are divided into 2 types:

i prefer monster of the week. i have to admit, even as a freaky fan, i find the 'alien' episodes gone mengarut in the last few seasons of the x-files - but the monster-of-the-week episodes have never disappoint. 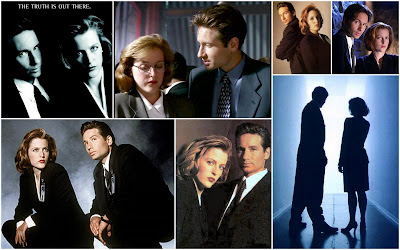 my fav episodes are too many - but i guess the best of the best had to be:

ok where was i? oh, yes. my x-files collection. 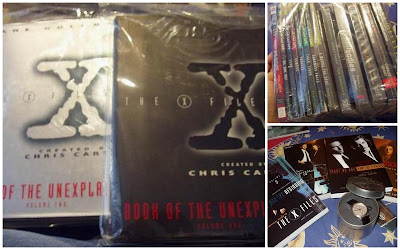 story books and episode guides
i got most of my x-files stuff from a shop in one utama (before there was a new wing). in fact, it's not even there anymore. i got most of my mags, postcard books and comics from there. 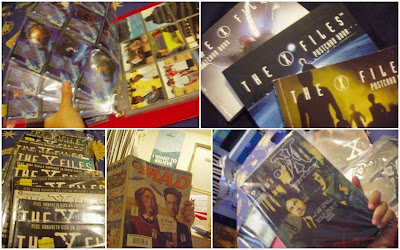 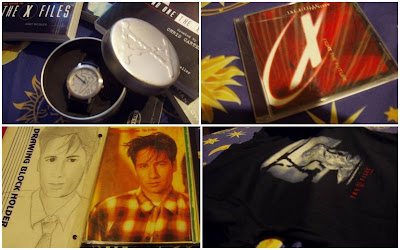 oh, and did i tell you i have my own badge? i remember wearing this to the youthquake party at syuen ipoh.. ;-) 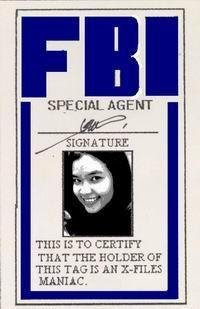