Who Are Your Favorite Superheroes?

do you have a favorite superhero? naah, don't give corny answers like "my dad is my superhero" - because of course he is! he's our first ever super duper hero who is always there for us!

but i'm talking about the superhero in the imaginative sense - the comicbook-tv-movie-cartoon superheroes! 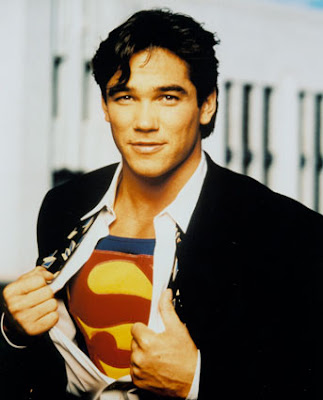 dean cain as superman!
i mention dean cain's superman, because there are a few supermen in the tv screen and i don't necessarily like them all! christopher reeve's superman is sweet, gentlemanly but not sexy enough! haha. brandon routh's superman in the latest superman movie is handsome but he's trying too hard to act like the legendary christopher reeves that he came off as unoriginal. tom welling's superman in 'smallville' is cute - but face it - he's too cute to be super - muka pretty boy sangat! 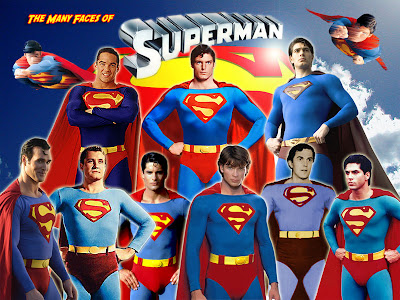 supermen of tv and movies
so that's why my fav superman is dean cain - handsome, gentlemanly, funny - a sexy hunk with a romantic heart as well! i never missed an episode when it was shown back in my school days. i love him also because dean cain didn't make his clark kent a nerd and clumsy. his clark kent AND superman are equally attractive!

oh, forget your lawak bodo of pakai spenda kat luar - with those buldging biceps in all the right places - it's sexy! 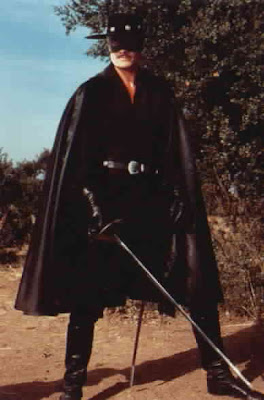 duncan regehr as zorro in the tv series
my next favorite hero is zorro. oh, man. he's the don juan of all superheroes! devilishly handsome, perfectly charming, with the debonair of a perfect spanish gentleman.

and admit it - he has the most practical costume of all superheroes - you normal guys would wear it to a party, yah? all-black garb, normal shirts and pants with a black cape and black hat - coolness.

of course, the ultimate sexy-factor in zorro is his sword-fighting skills. total awesomeness. he doesn't need superpowers from his home alien-planet and he doesn't need nifty gadgets - he only relies on his trusted sword to fight bad guys and cross some z's on them!

swashbuckling never looked so sexy when zorro is around!

* * *
i thought about superheroes only because my article on superbloggers just came out on mombloggersplanet yesterday! when you think of the traits needed to be a superhero - like skills or superpowers, having a sidekick, performing good deeds and having a secret identity and costume - you can also relate it to blogging. how so? 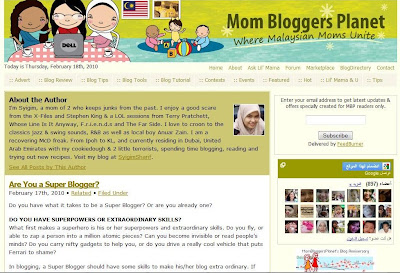 * * *
ben10, ultraman and spider riders - khaleef already has his favorite superheroes. may he grow up to perform heroic deeds for his friends and families; agama, raja dan negara!

I did FB quiz & i'm suppose to be Spiderman? Ahaks!

anyway, my favourite hero is 'Batman' not only because the macho looking hero, but he is a hero without any special powers, but act only using his skills.

yes, fairus! when i first found out dulu2 yg anthony hopkins will be zorro i was like - biar betui!!! but he's actually still fit lah! even scene yg swordfight tu!

which is ur fav batman? mine is always the first one - michael keaton! but my fav batman movie is d one with jim carrey as d riddler psl byk funny scenes :)

always the first one too Syigim! :)