i've had countless yummy lunches and dinners here but never got around to blog about it - guess i was always too hungry to bother about snapping pictures and taking mental notes about the place, food and service.

however, yesterday was more lepak, and we took the whole family to dine at 'delhi darbar' - one of my favorite indian restaurants in dubai, offering one of the best 'roti' in town. read further! 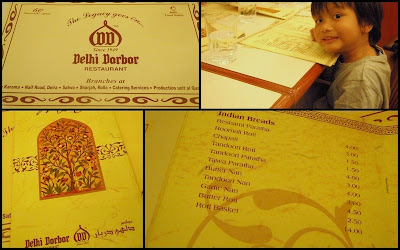 delhi darbar offers the usual indian cuisine, and its briyani and chicken masala with gravy are a must-try - but when we come here, its expressly for its 'roti'!

usually we ate at the karama branch, but yesterday we went to the one in naif. if you want a more 'posh' delhi darbar with cushion seats and a more 'rich' ambiance, i suggest going to the karama branch. because the naif branch has a more humble setting - with simple wooden tables and chairs, almost a canteen-like feel - definitely less post then its karama counterpart.

...but with equally good food!

naif branch is very near the famous ravi restaurant, while the karama branch is in the same row as the huge karama babyshop branch, near the karama wet market. you can easily spot it from the main road. 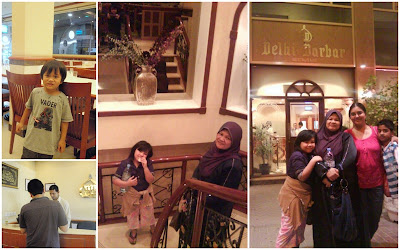 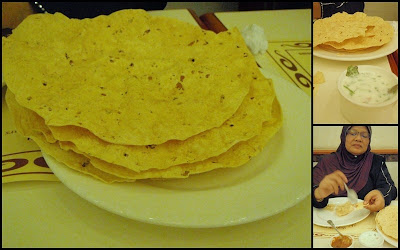 once making our order, we were served home-made popadam, made by the restaurant, for the patrons. thin, crispy indian keropok for our appetizer. served along with yoghurt-herb mix as a dip! interesting! 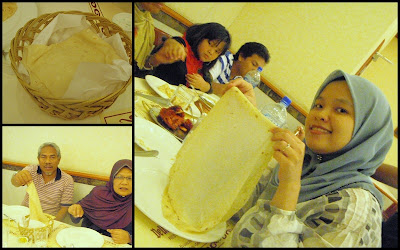 me & roti roomali
and now we come to the 'roti' - the one we came here for - the delicious oh-my-can-it-possibly-be-this-thin roomali!

Rumali Roti (Urdu: رومالی روٹی, Hindi: रुमाली रोटी) is a thin bread from the northern part of the Indian and a traditional element in Mughlai cuisine. The word rumal means handkerchief in Urdu and Hindi, and the name rumali roti means handkerchief bread. The extreme thinness of the bread and the fact that it is usually served folded like a handkerchief are the probable sources of the name.

The bread is usually made with a combination of whole and white wheat flours.
~ sources from wikipedia

roti canai is still my favorite bread, but never have i tasted roti that is so super-soft, super-thin and super-yummy! the term 'roti tisu' would a whole different meaning to me now! 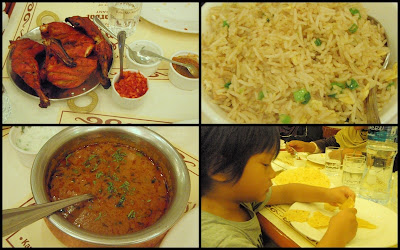 other than the must-have roomali bread, we also tried their tandoori chicken, which taste just as delicious as the good ones in malaysia. we also ordered fried rice and the chicken curry masala to go with the roomali. 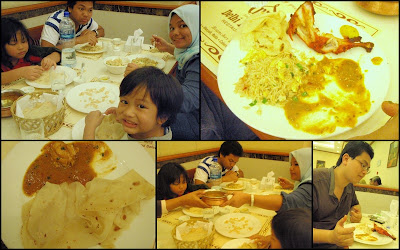 other times, we tried their briyani - rich in spice yet not too hot and spicy - just lovely for my palate. 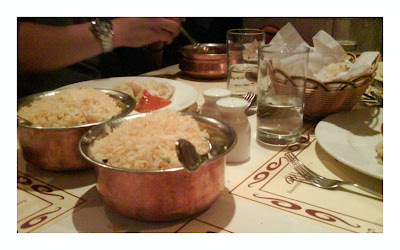 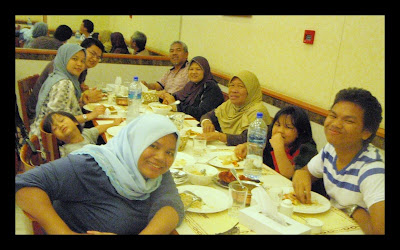 syigim, ni semua la ni! i kan, klu u buat entry makan, pastu i mesti try tau! spoil la i punye diet. thanks for coming yesterday, and thanks for the pudding you brought, SEDAP!!! my kids love it!

>> fairus, ni la pesanan khidmat masyarakat i.. hihi to fatten up ppl! :P thanks for havin me & the whole family!!! so sweet of u to welcome them :) puding tu simple je.. tu je la yg bole buat hihi :)

kak linda, do try...if only JUST for the roomali. coz we've tried roomali at other indian restaurants tp x as soft as delhi darbar.

kak linda, do try...if only JUST for the roomali. coz we've tried roomali at other indian restaurants tp x as soft as delhi darbar.