The Tallest Building in The World Opens!

the burj dubai rises from the desert to become the tallest building on the face of the earth, standing at 828m tall.

the opening ceremony was long planned to be on the 4th so that it coincides with the 4th year anniversary of sheikh mohammed bin rashid al maktoum as ruler of dubai, and the vice president of UAE.

* dubai is one of 7 emirates in the UAE, the capital being abu dhabi. 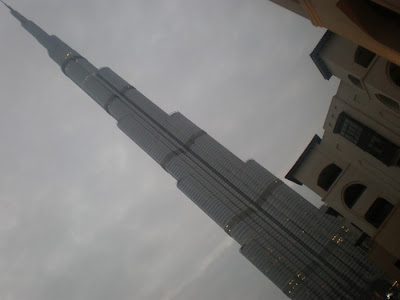 for years since it's started building, it's known as 'burj dubai' - but suddenly changed to 'burj khalifa' during the opening ceremony
it's really scary when you look at it too long. it's too high up and the tip seems to go on forever reaching the sky!

oddly enough, and much to my surprised, the name 'burj dubai' which was what the building was long known for - was suddenly changed to 'burj khalifa' (bukan khaleef ye! hihi) as a respectful dedication to the president of UAE, and ruler of abu dhabi, sheikh khalifa bin zayed al-nahyan.

interesting facts and figures of the tallest building in the world, compared to the previous record-holder (before taipei 101 took the crown) our very own malaysia petronas twin towers: 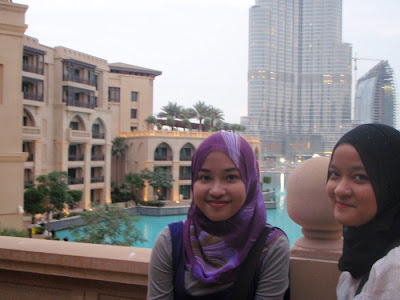 we took my sisters syida and azi to visit the tallest building in the world when they were here in dubai few weeks ago
click here to read about my sisters' visit to the burj.

an observation deck on the 124th floor will open to the public today. it's reported that the ride to the top takes just over a minute. how much do you need to pay?

>> agree, budidaya ikan lele - great building but not as great as our twin towers! ;)