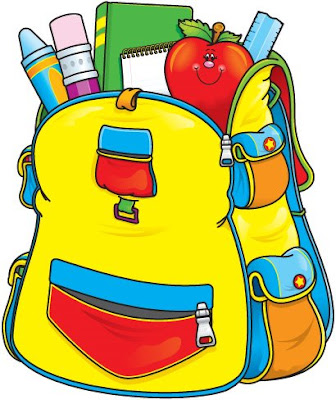 there comes a proud moment in a mother's life when her son becomes a man.

khaleef is going to school!

well, not yet - but we're scouting for the best place that offers good education with reasonable fee. this is my first time ever going to schools as parents, intending to send my child to the institutions. we both were very excited beyond words!

today was our first day touring one of the private schools in dubai. tomorrow there's another tour. and another a day after. busy week!

prep time
i'm telling ya - i really felt like lynette from desperate housewives trying to put her terror twins into the private school that bree's kids went - dressing up khaleef real sharp and nice - heard there is a long waiting list to these top schools, so we've got to make a good impression! besides, for khaleef to be able to communicate fairly well in the english language is a criteria to be taken into consideration in the application.

arrival
we arrived early - one brownie point! and get to watch a sports activity taking place right outside the main building. there were hoops and cones - ooh, an obstacle course! fun! the one thing that caught my eye were the cute blondies, blue-eyed tots and adorable arab kids cheering their teammates to victory. imagine my little khaleef among them. hmm.

inside
we were welcomed with warm greetings and met a lovely english couple thinking of sending their girls there. kahfi was asleep in my arms, so angelic; winning the hearts of the girls, i must say, rather than the detached khaleef. moody baru bangun tido kot. ha ha.

over the next few minutes, more parents started to arrive - most - actually all of them brought girls, aged about 5 to 7 so khaleef stuck out as the only boy and the youngest in the group. so there were about 5 couples with kids to start the tour rolling.

the tour
the school rep brought us around. her briefing was quick, to the point, and informative enough to show how good the school is without being too unrealistic - "we're not specialist, but we provide the support your child might need" when speaking about helping out with learning or language difficulty.

we were shown the gym, the music hall, the stage, the science lab, the courtyard, the swimming pool and the library - the whole shebang.

the school
i loved it. the school is just bursting with energy, colours and freedom of expression. everywhere you look there would be a work of art by the kids or a written masterpiece. on the wall, on the floor, at a corner, on the table - even up the ceiling down! some quirky ones were framed and placed along the stairs. i'm definitely doing that with khaleef's artwork!

to me, the most amazing, mouth-agaped, awe-struck section of the school has got to be the fairytale corner - with this huge kids-made tree in the middle with patchy paint-job and paper leaves sticking to it haphazardly - it's so ugly green that it's cute!

around it - fairytale characters lying around. there are teddy bears with three bowls and three chairs of different sizes - i'm sure you can guess which story is that. in another corner, shoe boxes painted dark brown, stacked up as bricks, with pigs hiding inside and a wolf outside - ring a bell? and against a wall, a cloth hanger with lots of dresses the kids use in the fairy tale role play. there were also swords and crowns and mermaid's pond and even a dragon.

i totally loved it!

the classes
at khaleef's age, we're looking into puting him in the foundation program, where the area of learning involves personal, social and emotional development:

i was surprised that as 'touring' parents we were allowed to go in and out freely about the school and the classrooms. won't we be interupting the flow of the class? taking the kids' attention? the school rep cheekily said;

"you're not as interesting as you think you are. the kids have a lot of stuff to do and if they even look at you - you're doing ok."

in one of the foundation classrooms that i went to, the kids were making themselves at home on the floor, making a circle with a teacher on a small chair, talking rather slowly, very clearly and articulately to the kids. i can already imagine khaleef in the room. khaleef can dig this. he can sure dig this.

the classrooms were as interesting and as colourful as the rest of the school. pictures lined up the wall - colourful plastic boxes filled the cabinets, labeled with the kids' names, or stuff used in class like 'balls', 'crayons' or even 'bean bags'.

i like it but at one point, i had the word 'cluttered' running through my head.

end of tour
we were invited to snack on butter cookies, fruit juice and hot tea over talks and questions we might have. mr. khairul and i had a few qna sessions while khaleef enjoying gobbling up cookies and sipping orange juice.

i was talking to one of the parents - she had already sent her daughter at another private school but thinking of moving her to another just because she felt that despite the fancy, new equipment and facilities in the school, her daughter was given the old skool approach - sit down, shut up and listen to teacher.

like me, she too was amazed at the displays of the kids' creativity. she felt like this could be the school she was looking for, which does not confine her daughter to strictly class-base studying but also learning through art, stories, cooking, sports and music.

i asked her, "what exactly are you looking for in a school?" and before she can reply, even i wasn't even sure of the answer. as parents we want the best for our children. the best. no less for our young ones. the deserve only the best, yessir.

what is the best?


or, forget the kid! - some parents say how will it help me?

earlier on i mentioned wanting a 'place that offers good education with reasonable fee'. so it's a bit of both. khaleef wins, mak and bapak win.

this is my first time scouting for schools.
one down, more to go to.
i hope i will make the right decision for my boy!
Posted by Syigim at 11:01 AM

Hi there, i'm Arin's big sista. Been reading/following your blog for quite sometime. Love your writing/ramblings! I even asked Arin where do you worked before this sebab your previous job sounds so exciting! Oh, i have a 5 year old boy and i do understand your need to find a good school for your boy over there. As for me this year, i send my Danial to a kindy nearby my mom's place(i'm a weekend parent, son lived with mom in melaka). i'm glad he's enjoying his days in school, not like last year because the teacher introduced rotan at a very YOUNG age!..however, as long as our child enjoy/love going to their school, it doesn't matter samada murah atau expensive...yang penting, he wants to do it everyday without showing tantrums...hahahaha!