the last guest for the first half of 2011 just left. really, from january till now, we’ve had 7 guests who came and went – non-stop, without a day-break in between.

and so she did! 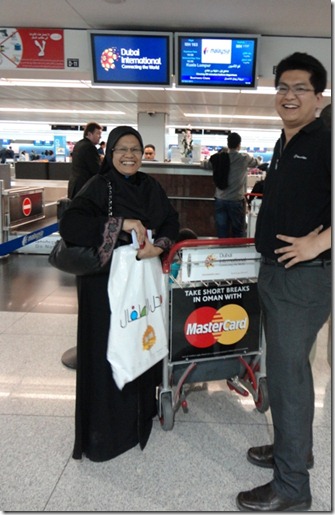 at the airport : puan norazian with her most manja kid; the eldest son!

now a month had passed, and we just sent her on her flight back to malaysia just two days ago. including this trip, it’s the 4th time she’s been to dubai in all our nearly 3 years here.

she’s been on the abra (water taxi) countless times – alone, walked along naif road all day, all by herself, and shops at the souq single-handedly. she sometimes takes the bus from dubai marina to deira; takes the metro from jlt to burjuman all on her own.

without a doubt, she would know the dubai roads – every nook and crannie – better than i do! 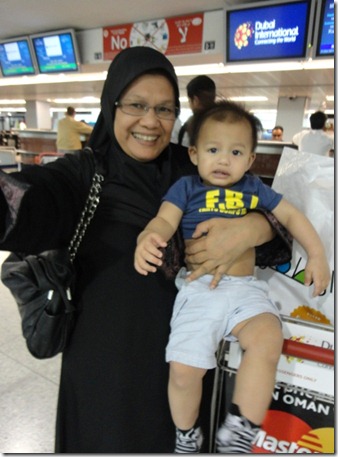 with her youngest cucu; kazim. thanks for taking care of him when we need a time out on a date hihi 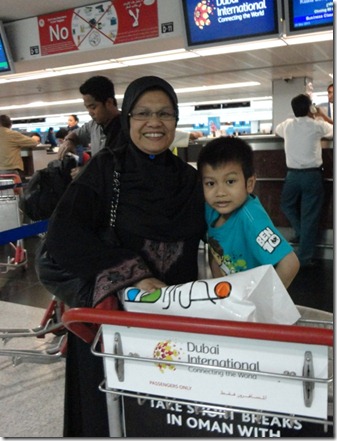 with her eldest cucu, khaleef. thanks for sending khaleef down to his bus every morning, and picking him up every noon after school. for all his breakfast and bekal for school. thanks! 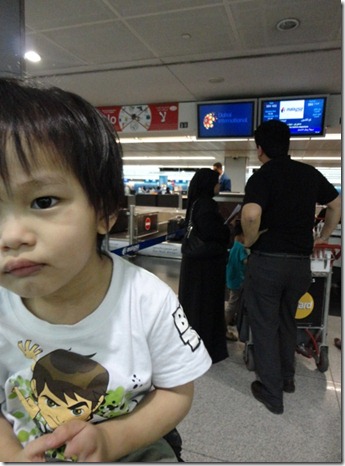 her most mischievous cucu, kahfi. thanks for putting up with his aggressive antics – from feeding him medicine to tucking him in at night. 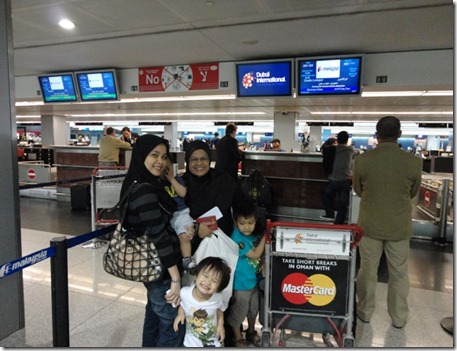 for me, and yes – i speak for both of us – our special thanks is definitely for that wonderful night with stevie wonder. it was made possible since mr. khairul’s mom was here to take care of the boys. there was also one night where we were able to join a friend’s housewarming party without the hassle of bringing the boys.

thanks again! i was telling my mom-in-law, the way she speaks of the roads and places; also her experiences using all the public transportations in dubai – from the red bus, metro to the abra, i bet one day someone would ask her, “berapa tahun dah duduk dubai?” haha. come again, please! (preferably during the next big must-see concert! *wink wink*)

bestkan to have your love ones datang visit bila hidup diperantauan...I bet you & Mr K will miss her now that she's back in Msia..

4 times in 3 years? no bad though. makcik should pelawa me to join next time and ronda2 dubai..hehehe

>> ica, tak sabar nak tunggu end of the year when the cycle of guests begin again! hihi :) i think mr. khairul miss the cooking most! :P