she is the boys’ only cousin on their bapak’s side (they have 6 other cousins on my side). she is the only daughter of mr. khairul’s younger brother, fondly known in the family as ‘angah’, and naturally, my boys call him pak ngah.

to wafa, mr. khairul and i are pak long and mak long since my husband is the eldest in the family. felt ‘old’ and so classic to be called ‘mak long’ – since on my side, my nephews and nieces call me aunty gim – rock sikit! haha) 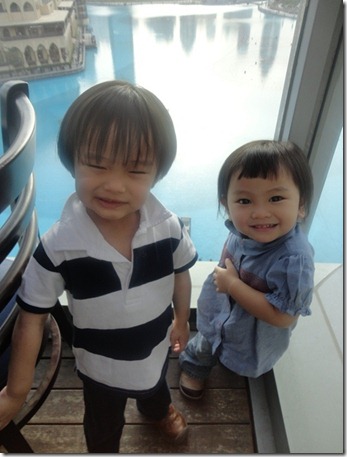 i’m not being bias and say my boys are angels with each other. all three are mischievous lot with cheeky tricks up their sleeves – but i’ve never seen kahfi fight and quarrel and bicker and hog toys with his other brothers, as much as when he’s with wafa!

yes – they’re such great friends, and such terrible enemies! 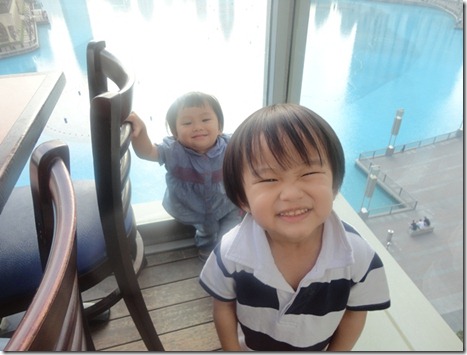 mornings are incomplete if wafa had not woken up yet. kahfi would creep closer and call out her name to wake her up! they can just sit together side by side watching disney cartoons. 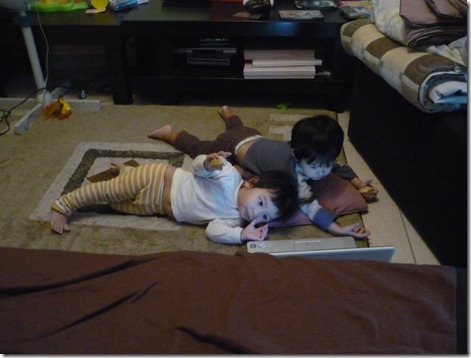 …and yet, war would soon begin as battles for cookies, toys and even the x-box controllers rage on! both of them would definitely be crying at one point or another in a day! 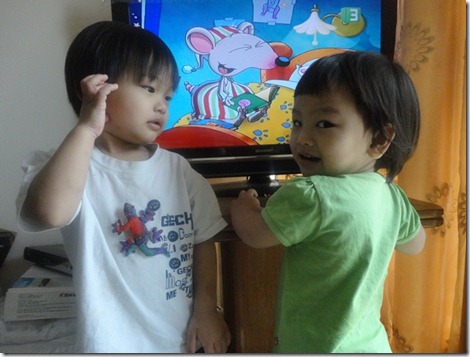 wafa is staying for a few more days before flying back to malaysia, so kahfi – play nice!

Auntie Gim, both kids sooooooo adorable....cute sangat. I agree with you on calling aunty mmg dengar rock sikit kan. Each time when someone calls me "makcik"....i would pause and wonder..."are you calling me??" hehehe..taknak ngaku tua lah tu..

so cute! are they abt the same age? its normal for cousins to bicker and fight over toys and everything else. Hafizah is also so jealous of her cousin, Shifa who's also 3+ whenever they play together with Fathini.

>> kak nur, yes they're about the same age few months apart. for them it's not about jealousy - but my boy kahfi tu yg suka mengusik! hihi ;)