last weekend I joined a huge festive bunch of chinese malaysian in dubai at al-barsha park for their annual potluck picnic in conjuction with the ‘lantern festival’ or ‘mid-autumn festival’. the weather was perfect, yummy spread on the picnic table, there was full moon in the sky that night, mooncakes were passed around and kids excited holding their lit-up lanterns. truly a meriah mid-autumn festival’.

it’s known in malaysia as ‘mid-autumn festival’, but it’s also called ‘mooncake festival’, and sometimes it’s just referred to as the ‘chinese lantern festival’. what I know is – mooncake and lanterns are involved!

thanks szue fei as main hostess for organizing such a fun event – it’s not often I get to mingle with the awesome malaysian chinese community in dubai! 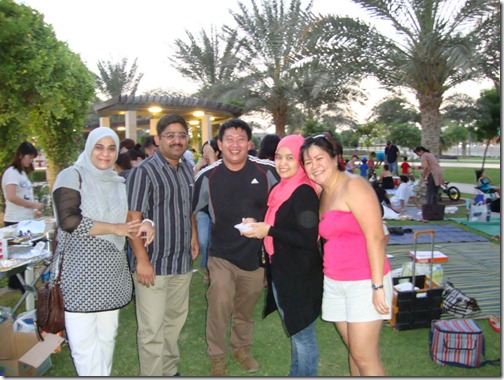 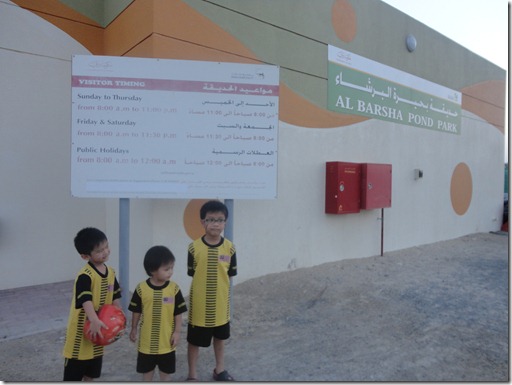 my boys at the entrance

the lantern festival potluck picnic was held at al-barsha park, which is a smaller park compared to

however, there was no entrance fee! (we need to pay like 5dhs to enter some parks). it has got a really nice walkway to jog with the word START at the beginning, as well as a nice sandy spot of playground and the kids totally loved it!

the crowd : really the turnout was bigger. some were already making home on the picnic mats, while the kiddos are sweating it out at the playground which was right next to this picnic spot so it’s easy for parents to keep an eye. (picture from szue fei’s facebook)

food glorious food. I brought my popiah daging. simple je hihi. fauziah brought 4-5 boxes of pizza and I tapau like a lot at the end of the day. save on dinner! haha thanks dear…(picture from szue fei’s facebook)

night comes with the full moon, and the lanterns were lit-up and hung. so pretty. the kids were crowding the aunties with the lanterns! (picture from szue fei’s facebook) 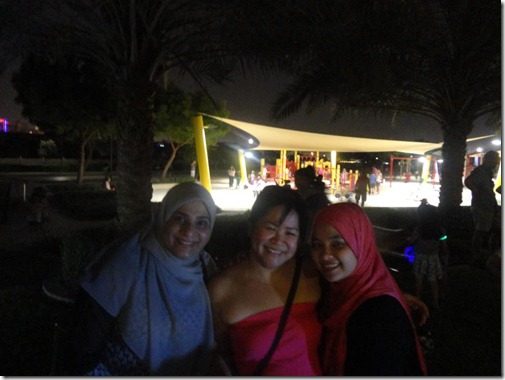 fauziah, szue fei & me (that’s the sandy playground where the kids play like crazee while the moms and dads eat and chat)

everybody to the playground for group-photo! happy mid-autumn festival! ok I was somewhere in the middle at the back (spot pink tudung!) with the teens because I was THAT short. haha. it was really cute seeing the kids holding their lanterns. (picture from szue fei’s facebook)

glad to be part of the festivity! thanks szue fei and gang for including us in your merriment. can’t believe you’re leaving for melbourne. good luck, have fun and please keep in touch ya!