1) in dubai, it is illegal to give to people who beg for cash in the streets!

but don’t be quick to judge – dubai is NOT being cruel – it’s just that ramadhan is the time when beggars suddenly pop out to take advantage of people’s charitable sentiments.

if you’re thinking, “..but i’m just being ikhlas (sincere) and niat untuk sedekah”, maybe you can channel your sadaqah through established means, like charity to orphanages, or offer food supplies to old folks home. if approached by a beggar, you could also suggest that they go to any charitable organization and seek help there.

personally, i’ve never actually seen a beggar along the streets of dubai, but we did once approached by a dude in a car, along with his family, telling us his sob stories, and asking for any dirham to spare. apparently, this is just one of the few methods of ‘scamming’ that had been going on in the UAE.

“what do you do when approached by beggars? police bodies in the UAE advise people to report any such cases immediately, and promise that action will be taken against beggars because not only do they bother people and distort the country's image, many of them are also involved in illegal activities.”

by law, restaurants are not allowed to serve or deliver food before breaking of fast UNLESS they received permission from the DED (the department of economic development in dubai). how to get the permission? they have to apply – for a fee of dh5.060!

and even with the permission, they would have to cover the dining area – for example :

"..any restaurant or coffee shop that serves snacks can apply to DED to get this permission for a dh5,060 fee. and those restaurants that are found violating the rules by delivering food without permission will face heavy penalties for this illegal practice.."

now this is just the coolest. just when i thought that beating the tabuh to indicate breaking of fast was a thing of the past, here comes sharjah state organizing cannon-firing to tell people that it’s time to break fast. (sharjah is one of the 7 states in the UAE, just like dubai).

i wish dubai would do the same!

“police in sharjah…announced that cannons will be fired to help people know iftar times at locations across the emirate during ramadan.”

4) 9am – 3pm is a normal, daily working hour? only during ramadan in dubai!

some call the law a bliss from the heat of summer ramadan. some say it halts the productivity of companies for that single month. call it what you want – that’s the law. muslims or non-muslims alike, ALL must abide to this rule.

there are arguments saying that ramadan shouldn’t be used as a reason to cut-short working hours, or to rest more. ramadan or not, the show must go on. that should be part of the challenge for muslims during ramadan – the fact that we have to work just the same as the rest of the year; just the same as non-muslims who can eat and drink.

when i was working in malaysia, i was just given an hour earlier to leave office; basically to beat the traffic, and be home in time for breaking fast.

“..employees should not be asked to put more than six hours during ramadan regardless of their religion, and private sector institutions requesting their non-muslim employees to work normal hours are violating the law of the land, the ministry of labour warned.”

hey, don’t get me wrong – if it’s the law, it’s the law. i can only enjoy mr. khairul’s company when he comes home really early, take care of the kids while i fix the dishes for breaking fast! 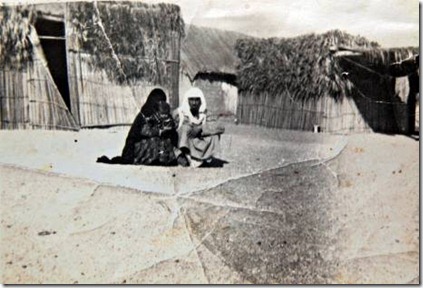 5) this is the first ramadhan celebrated during the hot summer time, since 1978!

2011 – delivery service, fridge to store food, air-conditioner and iftar at home. 1978 – riding camels to get groceries, no air-conditioner, and iftar was a social event done with everyone in the neighbourhood.

but these two years share one common trait – during both years, muslims fast for more than 14 hours, in the scorching heat of summer.

mr. khairul stumbled upon this well-written article; sharing the fascinating experiences during summer ramadhan in dubai. iftar feast with the entire community, soaking clothes to remain cool during the heat, man beating drums to wake people up for sahur, and many more interesting anecdotes.

“it has been 33 years since ramadan last fell in the heat and humidity of august…this year, as in 1978, muslims will fast for more than 14 hours a day…

"we never kept track of the passing hours in those days," mr mohammed said. "we would only say that the days are long and we would just get through them determinedly and patiently. i recall that one man in my family would toil away all day under the blazing sun and would sometimes faint of thirst and hunger. many advised him to eat and break his fast, but he availed himself of patience and persistence and held on."

hmm, if i were to write 5 fun facts about ramadhan in malaysia, what would my list be ye? *think*

to my other half, missing you very much. counting the days we will reunite in the middle of ramadan!

Hey Syigim... Ramadhan mubarak to you! Enjoy your puasa in Malaysia. :-)

>> aisya, happy fasting too! how's the weather over there? :)

In Turkey We fire Canon Too. from castless in ramadan but because of Traffic it ca't be heard.In Bodrum They fire it From castle it is really loud :)

salam safak! thanks for dropping a comment. haha cannon is really loud but therein lies the festiveness of ramadhan!