7-Hour KL-Dubai Flight With the Boys

i flew back with my 3 boys. mr. khairul had gone back even before the start of ramadhan. oh, did i mention i was in the aeroplane for nearly 7 hours with my 3 boys; aged 5+, 2+ and 1+? and i was alone, without my husband?

…and i survived! more on that later… 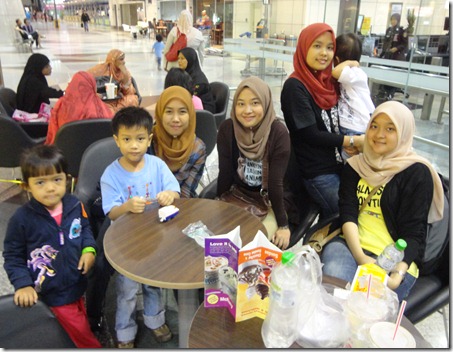 as usual, my sisters sent me to klia – syimot, syidot, azot and her beau faiz tagged along to help out with the luggage.

my in-laws were there too to send off their beloved nephews – mr. khairul’s mom, younger bro and sisters were there. 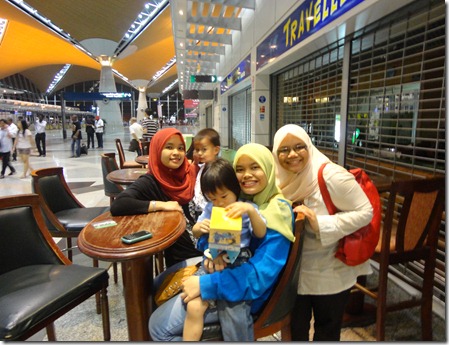 me holding kazim, teh with kahfi & tina

now on to the *actual* story – my plane trip with the tiny terrorists. 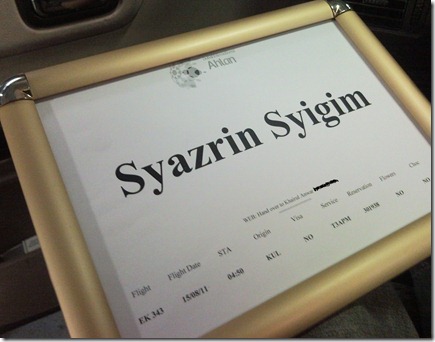 overall, i would say it was a smooth ride!

before, i was actually very nervous – anything could go wrong – maybe kazim mengamuk non-stop, or kahfi refusing to sleep and want to walk around the aircraft, or khaleef could somehow lost control of his bladder and wet the seats – but we survived without any untoward incident.

good timing, always have a back-up plan, and don’t panic – the key to our survival! 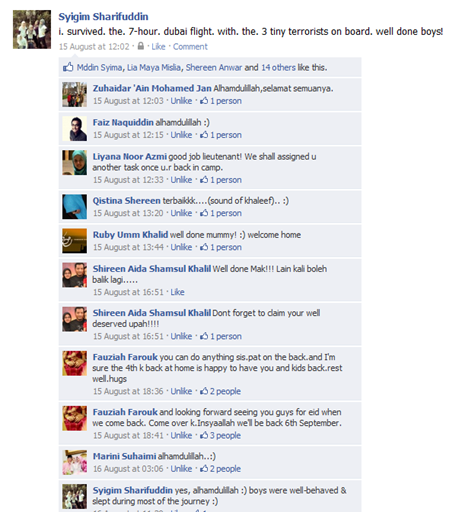 Wow, that was amazing.

I am always nervous before flying with my baby, eventhough it's for a 2.5 hrs flight to kl but still it's unpredictable, i wouldn't know what to expect. Sometimes she would behave and vice versa.

Thank god, yours was alright.

>> lil sharky, yes UNPREDICTABLE is the word! that's what i was afraid of. but luck was on my side, alhamdulillah all went well :)

just another foodie, i'm no supermom - i'm captain mak! ~ according to my eldest son ;)