A Brother From Jordan

whenever mr. khairul is over there in amman jordan, a brother is waiting to extend his warm hospitality and friendship. from business meetings to casual outings, mr. khairul and this brother had formed a strong bond.

he’s not new to dubai, but nevertheless – welcome, brother! marhaba! 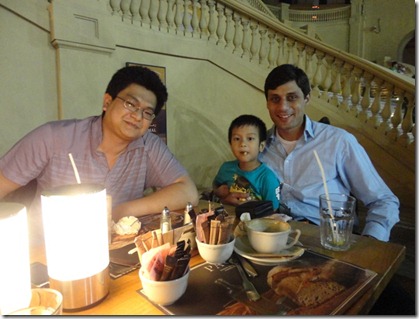 yahya was here spending time in dubai with his lovely wife diana and 6-month old baby maya. yahya is a jordanian, diana is american – so i guess that makes their daughter maya a jor-merican? *gelak lawak sendiri*

when i first found out about yahya from mr. khairul, he was still single. when i was told he just got married, i was - ‘what!’ haha. tall, dark and handsome tu! and his other half is just the perfect match. beautiful family. 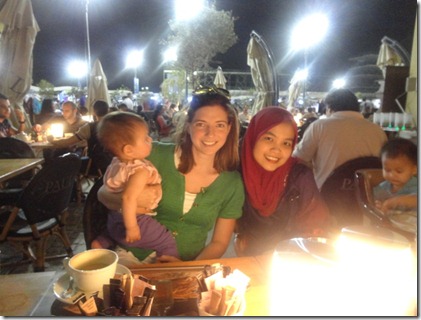 from my korek-korek prowess, i found out that they met in university. aww, sweet! now don’t you think his wife diana looks like our theater star joanna bassey? kan? kan? 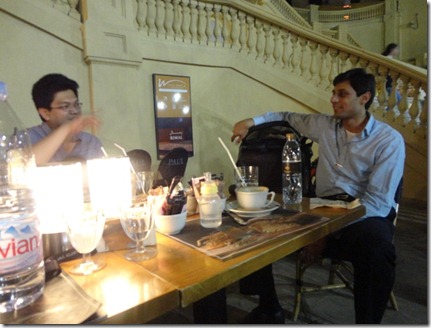 they just had dinner right before meeting us, so we just hang out over coffee and snacks at one of the always-full-house cafe ‘paul’ at the walk, jbr (jumeirah beach residence). the weather was generally getting warmer, but the occasional breeze was nice and lovely.

we were exchanging views on jordan, and malaysia and dubai, and the states. sharing stories. talks on kids and their idiosyncracies.

khaleef was busy singing to the crying maya, while mr. khairul spent half the time chasing kahfi the speeding cockroach! at one point even yahya had to run up to help catch him! 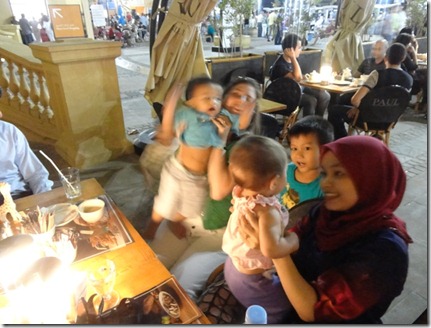 a simple outing, a simple setting. but it was nice and warm to just hang out with yahya and family. come again, stay longer! oh, and wait for me and the kids to come over to amman jordan one day, insyaAllah!