‘lan kwai fong’ is the name of a popular street in hong kong; filled with hawkers once upon a time, but now a night life hotspot for the party people of hong kong. this is also the name of a hong kong restaurant in dubai.

the restaurant ‘lan kwai fong’ is situated in oud metha. we came here strictly for the ‘peking duck’, as we heard and read good reviews about the duck at this place being one of the best, most affordable in dubai.

I’ve never eaten peking duck, and would probably never have tried it if it wasn’t for my adventurous foodie husband mr. khairul who is always looking for new exotic (halal) stuff to eat! 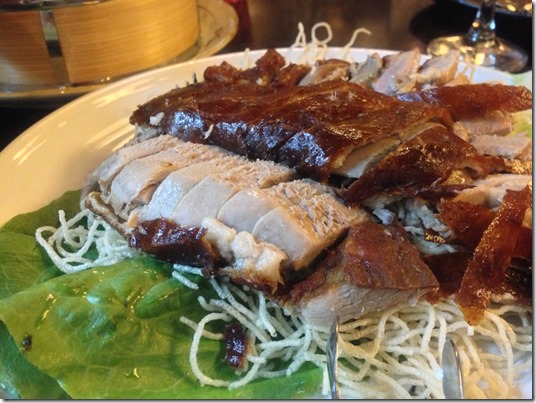 the dish is called ‘peking duck’, named after the place it originates from I assumed. peking duck is beijing's most famous dish since the imperial era, and is now considered a national dish of china.

at ‘lan kwai fong’ dubai, the duck is well marinated, but I wonder whether it’s supposed to be THAT dry. I would prefer it to be more juicy than that. but the meat is still soft and tender, with thin crispy skin, served on a bed of lettuce and rice sticks.

it’s said that the best part of peking duck is the ones with mostly skin and little meat. daging yang tebal-tebal diorang tak suka! 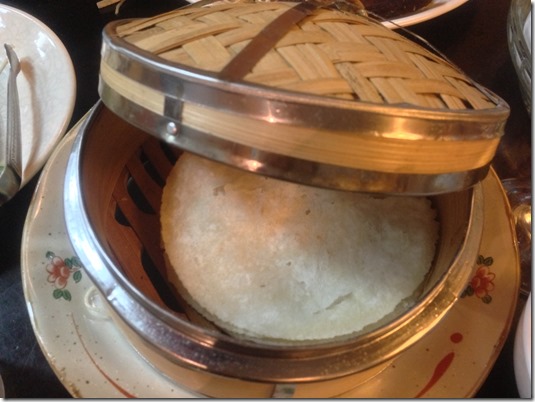 peking duck is not eaten with rice or noodle. it’s traditionally served with mandarin pancakes, cucumber cut julienne, green onions, as well as a special brown-colored sauce called ‘the hoisin sauce’ made from some sweet beans – and there’s an interesting way to eat peking duck! 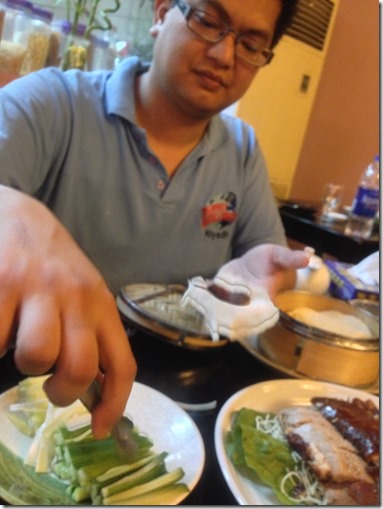 how to eat peking duck?

you take a piece of cut-up peking duck, and place it in the ‘chinese pancake’ that looks like kulit popiah, but not as soft. tebal sikit. then you add cut up cucumber and onion, and top it all up with a spoonful of ‘hoisin sauce’ (the sweet bean sauce). wrap it up, and take a bite.

and that’s how you eat peking duck. delicious! 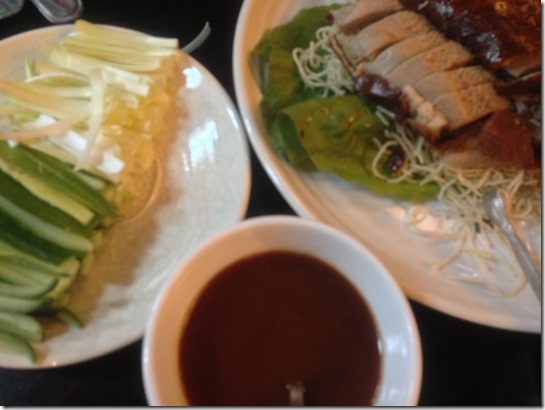 this was my first time trying peking duck, and I quite like it!

the delicious marinated duck is tender, eaten together with the crispy cucumber and the sweet taste of the hoisin sauce go together really well. the chinese pancake holds everything together.

the contrasting texture of the pancake, duck and cucumber is also a plus – I love anything crunchy in my food. altogether, a tasty meal that’s worth a try at least once. even my unadventurous little eater khaleef loves it, and that says a lot about peking duck! 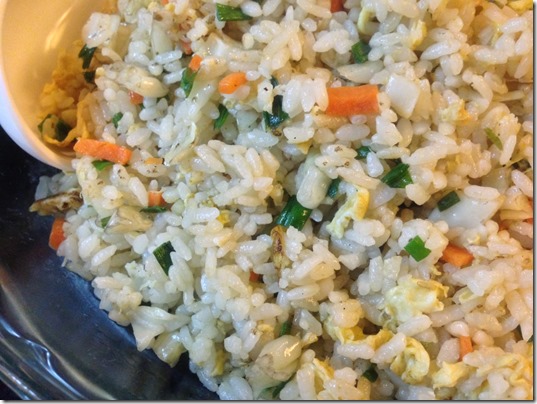 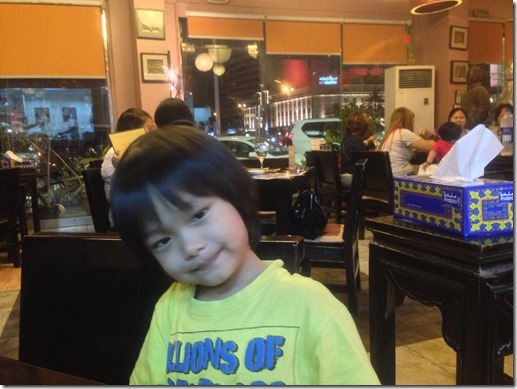 I love the tables at ‘lan kwai fong’ – very oriental. not the posh kind, but nicely decorated enough to know that we’re eating at a chinese restaurant! I love the little tall black tables by the side of each table to put tissue box. a nice touch. 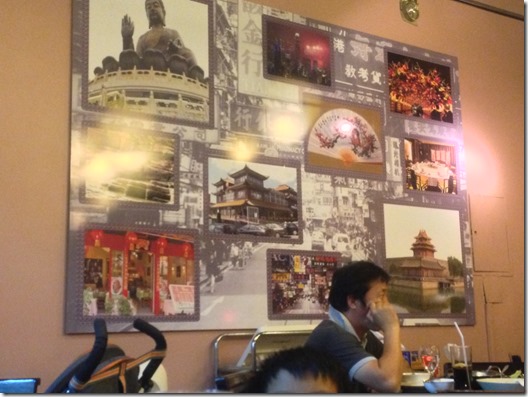 a big wall-décor showing sights of hong kong. I’ve been to hong kong once with abah and my sisters and all I can see are sky-scrappers! 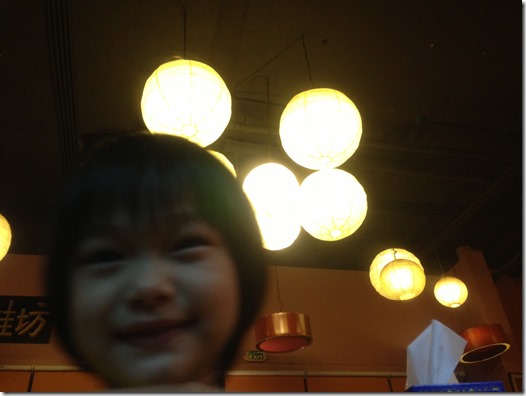 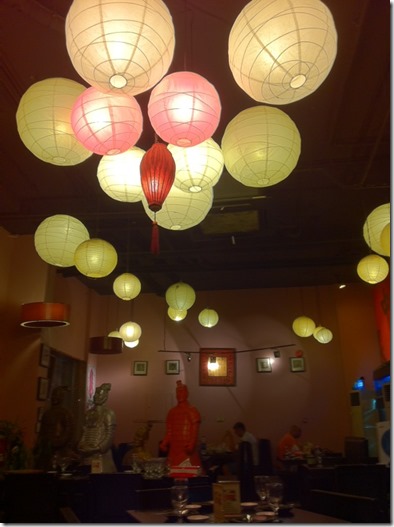 lovely tanglung-lamp dangling high above. I love that they’re not the same size and are scattered haphazardly up the ceiling. there are even a few in different colors and shape. nice. (the second picture is from google) 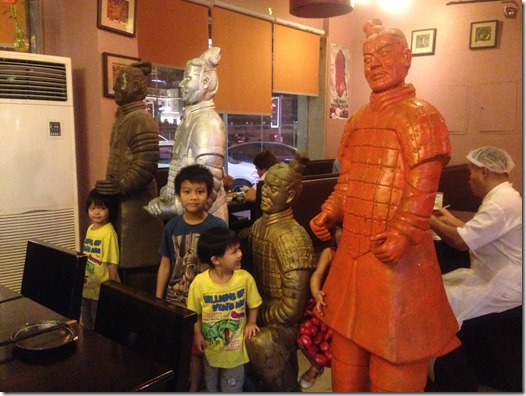 also one prominent décor of ‘lan kwai fong’ are these dudes – the terracotta warrior. i took the chance to tell khaleef about the first emperor of china, emperor qiin who wanted to live forever in the afterlife with all his wealth, possessions and even his guards that he ordered the building of terracotta sculptures to ‘protect’ him in the ‘afterlife’. 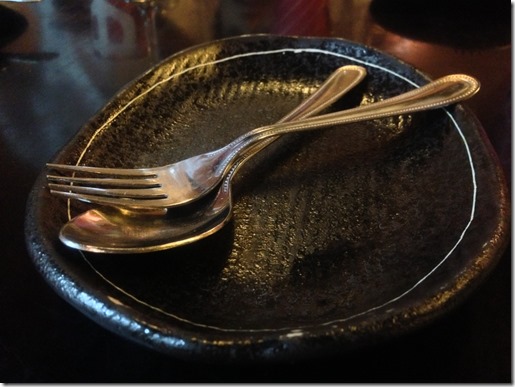 I am totally in love with this plate! I love the unfinished look, the misshapen shape and the rough texture of the plate. suka! 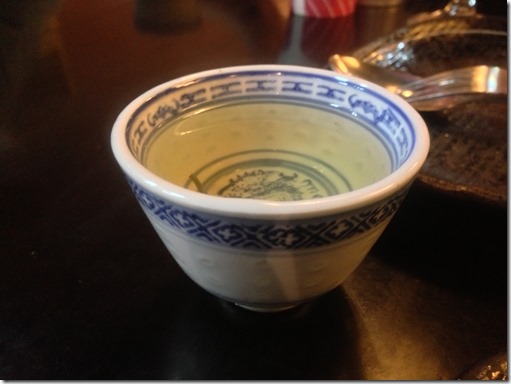 this little green-tea cup gives the authentic feel of eating at a chinese restaurant! love the cup! hate the tea! haha – am not a fan of green tea. 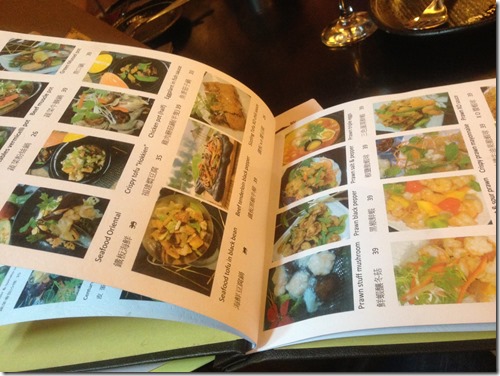 of course, you can try other chinese dishes at ‘lan kwai fong’ from chicken, beef to seafood. all looks good, but then again, I’m a big fan of chinese food. 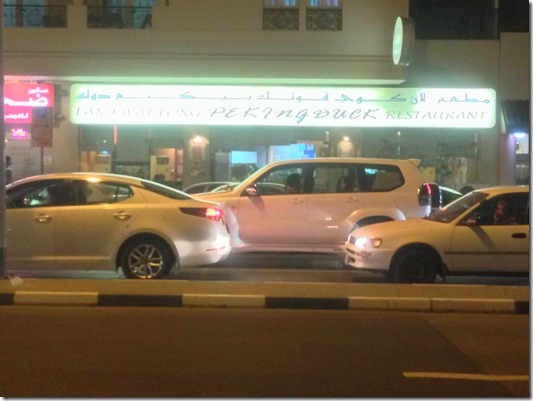 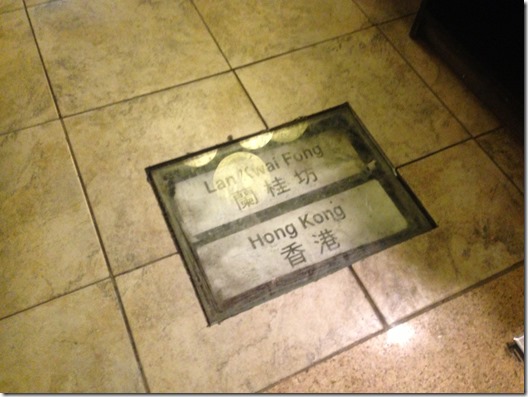